How to Make Sense of the Norman Invasion 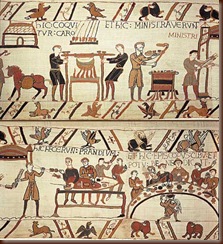 The Bayeux Tapestry depicting the Battle of Hastings
The Norman invasion of England in 1066 AD was a pivotal moment that changed history forever.  We’ve all heard of many of the players: King Edward the Confessor, William the Conqueror, and so on and so forth.  But making sense of all the people involved and the convoluted events that led up to the invasion that led to England becoming, well, England as we know it, is a tall order even for the more astute history buff. 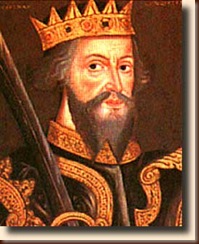 William the Conqueror.  Now there’s a sexy beard.
That’s why we have author Helen Hollick.  Her two-book series of historical fiction not only makes sense of the Battle of Hastings and the events that led up to it, but does so in a fantabulous way. 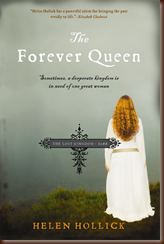 The first book The Forever Queen, originally published in the UK but re-released for American readers courtesy of Sourcebooks, tells the little known story of Emma, the woman who was twice over Queen of England.

now be honest, you’d think Cnut pretty hot ,too, if you’d been forced to share Ethie’s bed for all those years
Now here’s a fascinating gal.  Married off to one of the most worthless kings England has ever known, Ethelred the Unready (now there’s a moniker only a mother could love), Emma turns around and marries the Viking invader Cnut who plundered/ravaged/pillaged his way through England and became it’s next king.  Guess that’s one way to retain your crown. 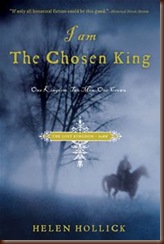 Hollick’s follow-up novel, I Am the Chosen King, picks up where The Forever Queen left off (although interesting factoid: the books were originally written in reverse order).  Emma’s weak-willed son Edward the Confessor is on the throne and the powerful, bickering Godwin family practically rules England. Edward the Confessor…he looks like a party looking for a place to happen, doesn’t he?
When ol’ Eddie dies without an heir (revisionist history tried to tell us Eddie was so pious he couldn’t bring himself to do the dirty and produce an heir with his queen, but c’mon…..you do the math here), all hell breaks loose.  Harold, the most sensible of the bickering Godwinson brothers steps up to fill the void and, kingmaking being what it was back then in England, finds himself elected as the new King of England. 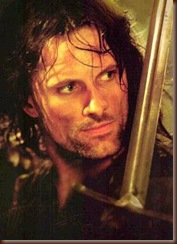 History doesn’t leave us any portraits of King Harold.  This is how we picture him (insert gratuitous Viggo Mortensen photo)
Of course, you know that doesn’t last for long because we all know what happened in 1066 AD.
The genius of Hollick’s writing is her rare ability to combine accurate historical fact with damned good storytelling.  Not only does she make sense of the myriad of Saxons, Welsh, Danish and Normans running amok, she manages to create characters that are memorable and sympathetic.  And don’t be making the assumption that these books are overflowing with medieval battle scenes….there’s plenty of love, treachery, tragedy and family sagas to go around.
If you’ve ever been interested in learning more about the Norman invasion of 1066, do yourself a favor and get your hands on these books.  They really are a stunning feat of historical fiction. 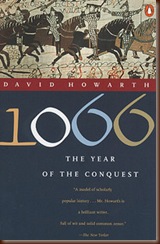 And if you’d really like to round out your education, grab a copy of David Howarth’s  1066: The Year of the Conquest, a superb non-fiction look at the Battle of Hastings