Can the book be separated from the author?

TL;DR:  No, it can't. But if you want to be taken seriously as a book reviewer, you'd better learn to try.

I can't tell you how many times I've mulled this question over. Countless hours of arguing with myself thoughtful rumination have been devoted to this probably pointless philosophical argument, yet every few months something triggers it again and I find myself right back where I started.

My sense of fair play screams that of course we should judge art - any art, including literature - in a vacuum, separate and apart from it's creator. It stands alone. My idealistic self righteously huffs that any given work of art should be critiqued as if it were found by itself, anonymous in context and authorship. After all, if we automatically rejected all literature because the author is....how should I say it?....an asshole an asshole, we wouldn't have Hemingway or Dickens or Wagner's music or Woody Allen's movies, to name but a few.

And yet. My idealistic self also dislikes assholes. I can't listen to Ride of the Valkyries without ruminating on Wagner's anti-Semitism. I hate Hemingway and find his books ridiculously pretentious. I'll never be able to watch another Woody Allen film ever again. And Dickens? Dickens is the toughest of all because I truly appreciate his writing, yet admittedly thoughts of his ass-hattery behavior are never far from my mind as I turn the pages, leading to far more snarky comments that I really should be thinking. (You'll be hearing more about this next month as I plow my way through Bleak House. Oh yes, I'm determined.)

But if I'm going to somehow justify allowing the negative actions or personality traits of an author to unduly influence my perception of their work, it must therefore also be true that I would allow the positive or likable authors to unduly influence me as well. Hmmmm. Those are fighting words to the book reviewer, are they not? The idea that we might be somehow promoting a novel because we like the author on a personal level is quite unethical; abhorrent even. And yet the idea cannot be dismissed out of hand. Because good people do indeed write bad books. It happens. Case in point: James Patterson. Certainly this must be a good, kind man. He has, after all, given millions of dollars of his own personal money to the flagging independent book store industry, a most noble cause and one all true book lovers can champion. Yet let's be honest about his books....he doesn't even write them himself anymore for the love of the book gods, instead farming the outlines out to other writers who now share his franchise. Granted, Patterson isn't out to win literary prizes here, his goal is to churn out as many money-making novels as he can in a given year (hence the farming-out of multiple outlines to multiple writers at once), but folks, most of these books deserved to be panned blogger reviews. Yet he is a good man....are we to be influenced by this? Do we even realize it if we are?

The answers to these questions vary. Pop culture insists one has every right to be influenced by the artist when considering or evaluating their work, but that's because pop culture loves a good gossip and will justify it however they can.

But academic art criticism tells us the something else entirely. An educated art critic must learn to separate their own emotions from both the art and the artist being evaluated. While a large part of art is the emotions any given work evokes, as a critic we are not supposed to include the emotions the artist as a person evokes. That is an important distinction. While the artist is an essential part of the work that is created, it may or may not end up playing a role in the criticism of the piece being evaluated in your review.

This is tricky, folks, I'll admit. When a book's themes, characters, etc, are reflecting the author's own well-known views or experiences, this is when the author's character is important and needs to be included in your critique. It is a part of the literature and it is perfectly acceptable to allow the author themselves to influence your review of the book. 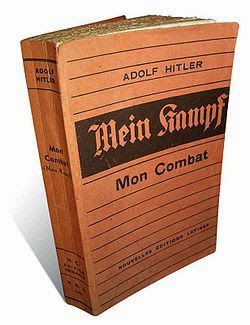 If not, then the reviewer has the much more difficult task of excluding anything you know about that author from your evaluation of the work. If you cannot do that without bias (and this is the part where I fully admit to you that there are simply times when I can not do it), then don't review the book.

And if it makes you feel any better, I'll tell you that the list of books I'm not allowed to review because I cannot possibly do it objectively is, right now, too damn long to post here. While many of the books I've self-imposed a no-review moratorium on post little hardship, others genuinely pain me....anything by Orson Scott Card, for example.

I absolutely adored Ender's Game. And it nearly broke my heart in two to discover, shortly after finishing the novel, that Card is a vocal opponent to gay marriage who donates much of his financial windfall from the Ender's Game series and franchise to fighting the legal establishment of gay marriage in his home state of California. While Card, of course, is free to spend his money however he likes, as a consumer I am also free to not spend my own money on any further of the Ender's Game series of books, however much I enjoyed reading that first one. I am also free to choose not to promote Card's work by offering up reviews or recommendations of his books to other readers. But it pains me...it really does. Because A) I really loved that damned Ender's Game, and B) there's nothing in his work that should lead me to include Card's personal views/life in my critique of his work. Except the Buggers. Damn.

See how hard this is?