2010 has been called The Year of Eleanor and for good reason:  there are no less than three new historical fiction novels set for release featuring the historical feminist icon, Eleanor of Aquitaine.   For those of you who may not know much about this formidable woman, a little background will be in order (Eleanor fanatics can skip this next part)...
She was born in the year 1122, heir to the fabulously wealthy Duchy of Aquitaine (the modern day Bordeaux region of France, but of course France wasn't unified as the country we are now familiar with).  She had no brothers so when her father passed away when she was just fifteen, Eleanor became the Duchess of Aquitaine and the Countess of Poitiers.  To say that she was the most eligible bachelorette in town would be an understatement. 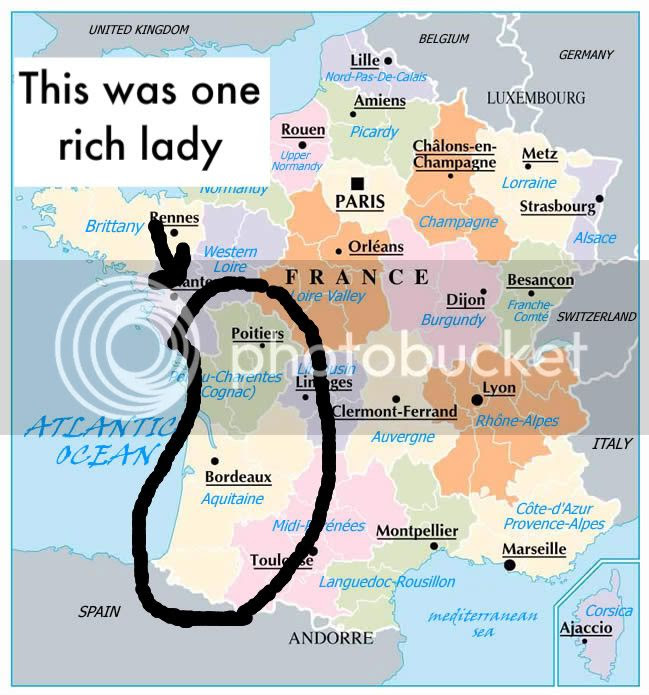 And who better to snag a wealthy heiress than a real, live Prince?  The heir to the throne of France married Eleanor just a scant three months after she inherited her lands and a few days later, her father-in-law obligingly passed away, leaving Louis and Eleanor the new King and Queen of France.
Had Eleanor's story ended right there, she still would have been a fascinating historical figure.  As fate would have it, though, this was just the tip of the iceberg.  Eleanor would go on join the Second Crusade where she not only managed to royally piss off her husband by her independent ways but also embroil herself in scandal when rumors of an affair between Eleanor and her uncle Raymond surfaced (never substantiated, by the by).
Although she had two daughters with Louis VII, the marriage wasn't meant to last.  Eleanor petitioned for an annulment, eventually granted by the Pope and six weeks later, she would marry the man destined to become King Henry II of England, making Eleanor the only woman to have worn both the crowns of England and France.
Henry and Eleanor would go on to have a passel of kids (who themselves would be known to history as The Devil's Brood), but it would be a mistake to write Eleanor off as the happy housewife at this point.  Their tumultuous marriage would result in Henry tossing Eleanor in prison for sixteen (!) years for siding with her sons in their conflicts with their father.  When Henry kicked the bucket in 1189, their son Richard III would ascend the throne and finally release his mother from prison.  While Richard promptly departed on the Third Crusade, it was Eleanor who ruled over England in his absence.
At the age of 77 she would be abducted and held for ransom while traveling through France.  She negotiated her own release and continued her journey through the Pyrenees Mountains to Castille to select a bride for the latest heir to the French throne.  It wasn't until after the death of Richard I and the ascension of her youngest son, John, to the English throne that Eleanor finally took the veil and retired to a nunnery.  She died in 1204 having outlived two husbands and all but two of her children.  A remarkable woman who lived a remarkable life.

Eleanor's effigy.  Any woman who reposes like this with a book is after our own heart.
We relate this small review of history to underscore the phenomenal life of a woman who, in a time when women were little but broodmares and chief cooks & bottle washers, took charge of her own destiny.  Even though many details of her life have been lost to history, what we do know about Eleanor of Aquitaine is that she was a remarkably strong and capable woman....a feminist icon, if you will.  A woman whose extraordinary life needs little to no embellishment.
As a historian, author Alison Weir is in a position to know this more than anyone.  And yet, when presented an opportunity to write a historical novel based on Eleanor's life, Weir chose to portray this formidable queen as a sex-crazed floozy.  Weir's third and latest work of historical fiction, The Captive Queen, manages to morph Eleanor into Paris Hilton. 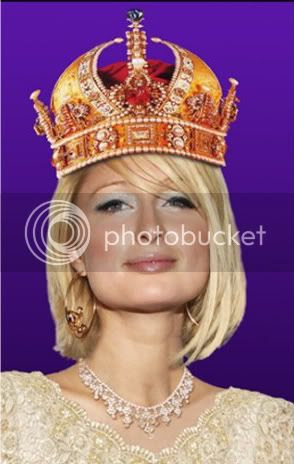 Noooooooooo!  Say it ain't so!
Now it would be unfair for A Reader's Respite to quibble too much about the near-pornographic sex scenes that Weir plants in the novel (although it's fair to say that the image of Eleanor masturbating gave us heebie-jeevies).  After all, we got a giggle out of that same technique when author Brandy Purdy used a jar of honey and a lesbian menage-a-trois featuring two of Henry VIII's wives in her novel, The Boleyn Wife.
What we do have issues with, however, is just plain poor writing.  The sentence structure and dialog are only slightly more sophisticated as an old-fashioned Dick and Jane reading primer.

Events are so simplified that they make a mockery of the reader (even ones with no previous knowledge of historical events).  The infamous conflict between Henry II of England and the Archbishop of Canterbury, Thomas Beckett is essentially boiled down to:

"Well, I'll not let him best me again!" he vowed, and climbed in [bed] beside her.  "But let us not waste time on Thomas.  I came here for another purpose."  [Insert yet another sex scene here]
Henry II to Eleanor of Aquitaine

Or how about this exchange when Henry, his son Geoffrey, and Thomas Beckett come across a beggar:

"Who is that man?" Geoffrey asked.
"He is a poor vagrant," Henry explained.

See Spot Run.  A Reader's Respite can't help but cringe.
In any historical novel, the author faces the obstacle of providing necessary background information to the reader without sounding like a dried-up history textbook.  Frequently, character dialog is used for this purpose, but Weir's attempt is clumsy and awkward at best:

"Unfortunately, he was married to the sister of that awful Thibaut, Count of Blois, who tried to abduct me, remember?"
Eleanor of Aquitaine to her husband Henry II, of England

Now how awkward is that?  Of course Henry would remember his wife's near abduction, which took place a mere two years before this conversation and was even related to the readers of this novel in a five-page scene less than 50 pages prior to this one.  Exactly who did Weir fear would forget?
Examples of this poor writing continue throughout the novel, such as when Eleanor comes upon her young son, William, fraught with fever:

"When did this come on?" she asked, her voice abrupt with terror.
"An hour ago, lady," Alice, William's nurse, replied.  There were tears of distress-and fear-in her eyes.  "Young ones of that age - he's not yet three - take ill quickly; they're up and down like windmills."

We're left wondering why a nurse would need to remind a mother of her own child's age.  It's meant, of course, to inform the reader but is a decidedly clumsy way of going about it.
Inconsistencies abound throughout the book.  In one scene we are plausibly treated to Eleanor handing over her newborn eldest son to a wet nurse - a commonplace occurrence for women of her rank during that time.  Fast forward a couple of chapters and we find Eleanor offering her breast to this same child more than a year later.  Nursing mothers everywhere will raise their eyebrows.  (Indeed, we are left wondering how Weir, a mother of two herself, managed to insert such a biological impossibility.)
And while Weir's historical inaccuracies might have been forgiven (it is, after all, a work of fiction), she leaves us with a puzzling author's note that extolls the virtues of accurate historical detail.  We're still scratching our head over that one.
All in all, this novel was a mess, which is rather disappointing considering that Weir's previous two historical fiction attempts showed promise.  Perhaps her next novel will show a resurgence of her prior talent and we can quietly forget Captive Queen.  Historical fiction fans have an enormous capacity to forgive and forget.
For those of you who have an interest in well-written fiction about Eleanor of Aquitaine, Henry II and their children, A Reader's Respite whole-heartedly recommends Sharon Kay Penman's incomparable trilogy of novels:  When Christ and His Saints Slept, Time and Chance, and Devil's Brood are three of the finest books availble to historical fiction readers.  You just won't find a better written or more engrossing retelling of Eleanor's tale.
**********
The Small Print:  Although A Reader's Respite read and reviewed an advanced uncorrected proof of the American imprint of Captive Queen, we did check the scenes and quotes featured here against the already-published, on-sale UK edition.
Posted by Michele at Saturday, June 26, 2010